From the days of dial-up to the era of smartphones, we have been helping people make sense of the Internet and use it to their advantage. 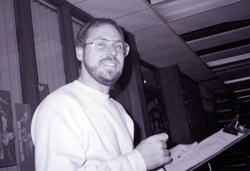 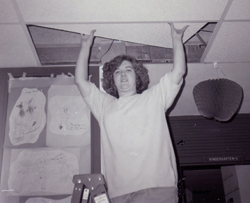 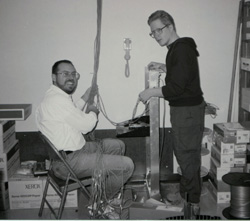 We started in 1993 as Internet Connections (or I.C.) in the basement of Yvonne (now Cariveau) and Dale Karsten’s Mankato, MN. home. Equipment consisted of one computer, four phone lines and four modems. A handful of friends joined in, curious about the mechanics of connecting to the Internet.

One of the first major projects was connecting schools. Dale and Yvonne volunteered to network Kennedy elementary school so every classroom would be on the Internet. The pair donated time to build the system and train the teachers. Their daughters, Jacqueline and Samantha (ages 7 and 9) helped run wires in their school as well.  Word spread and soon all 16 schools in the district wanted to access the Internet.

Later that year, I.C. started housing its growing number of phone lines and computers in a small office in downtown Mankato, while the company was still run out of the Karsten home with only one part-time employee.

In 1994, we moved the entire operation to an 800 square-foot space in the same downtown office building. At that time, we had five employees. This was the year we built and contributed websites for the City of Mankato as well as the Mankato Free Press (making history as the first website for a Minnesota daily newspaper and one of the first City websites in the world).

In 1997, we expanded operations to four more communities (Owatonna, LeSueur, Waseca and New Ulm) and later to the Minneapolis-St. Paul. We upgraded our modems when faster speeds became available, and in 1999 brought DSL service to Mankato. Throughout these changes, demand for our web design was growing rapidly, and more staff was added.

In 2000, Dale left the business and I.C. sold the access portion of its business to HickoryTech. The business, in 2001, changed its name to VoyageurWeb to reflect the idea of moving away from Internet access and that we are guides for those who want to put the web to work through sites of their own.

Early in our business, we started part-time telecommuting for our team members, allowing them to work a few days a week from home regularly and everyone worked from home if there was a bad blizzard or ice storm.  We were one of the first telecommuting firms and had to work out how that would work well.  We developed our own customer relationship management and project management tracking system to help with that. We initially called it TMI (for Too Much Information) and then changed it to CRPM (Customer Relationship Project Management).

Since 2007, we’ve worked on the third floor of the Union Square Building on North Broad Street in Mankato.  This beautiful building used to be home to an elementary school and we love it there.

In 2010, we started working with content management software (WordPress and Drupal).  Our entire staff learned new tools and techniques and we’ve attended national and state level conferences to continue that training ever since.

In 2013, Dale rejoined the company as our Engineer after retiring from MSU.  He set up cloud-based hosting for our clients and more sophisticated virtual workplaces for our staff.

In 2014, Jacqueline and Samantha Karsten both worked at the company for a while. So, the family that originally did the wiring at Kennedy Elementary in 1993 was all together again for a while before both young ladies moved on to other opportunities.

Our original logo was based on the Greek Key, a symbol that means “maze or labyrinth” and the green and blue symbolized the Earth.

Fitting for what the Internet was at the beginning. For 15 years, we used a globe with the words VoyageurWeb on it.

Our new 2016 logo with the sphere with red, green and blue represents the world and has the maze/labyrinth/web reflected in the white lines.

In 2017, we decided to return to our roots and be called Internet Connections, Inc. again.  We are focusing on hosting, domain name management, site testing, accessibility and custom programming.

2020 and 2021 were challenging years with the COVID-19 pandemic, but our work-from-home options made it so that the transition for our team wasn’t difficult. We closed our large 8-room office (305) and moved to a smaller two-room office (309) in the Union Square Building to save costs.

Almost 30 years ago we were bundling wires in a basement business exploring a new communications tool that, as it turned out, changed the world. Our role in providing the community with leadership and education in this technology has been exhilarating, and the voyage continues. We invite you to join us.